Well, just wait for it–the annual globalist and government-media emotionfest centered around 9/11/2001 where Americans will, once again, passively gobble up media encouraging all to “remember 9/11” and “never forget.” Government must keep the emotion of 9/11 open as 9/11 is a major emotional grapple-hold on American minds that the government uses to “justify” the atrocities it commits around the world. On 9/11–a day that, historically, the globalists love to use for false flags–people around the world will hear the same thing we have heard for the past 15 years–how horrible it is that all of those people died in the Word Trade Center on that day.

Well, guess what: it is horrific and it rips my heart to shreds every time I think about what happened to those people. The fact that it is horrific is all the more reason to stop putting up with government bullshit on the topic–and every topic.

Again, what the globalists and their lapdog governments (Israel, the United States, and allies) have done is horrific. But here is a question for Americans: How is all of that remembering working out for ya?

Oh, hear me correctly: We need to remember. But none should stop at remembering and none should only remember what happened. They should remember that everything the globalist-government complex has ever told them about what happened on 9/11.2001 is a lie.

Investigation: More of a Crime Than 9/11 Itself?

There are those who say to me about 9/11 and other false flags that I blow out of the water, “we just need to remember and let the dead rest. Don’t throw around your ‘conspiracy theories’ about how this was an inside job; that is disrespectful to the victims.” How does one believe that letting murderers run free and rampant is respectful to those murdered? Come on, now.

Admittedly and unashamedly, that statement does piss me off because this:

How do you respect victims of murder? You find out who murdered them and you deal with the perpetrators.

The solution starts with removing personal compliance. In the end, a worldwide trial and prosecution (life imprisonment) is needed for the architects and perpetrators of 9/11, the genocidal warfare waged on the world before and after 9/11, and the figureheads and minions of the new world order agenda. This includes, but is not limited to:

Respect for the Dead? Let’s Talk About That

So Americans want to talk respect for the dead, huh? Well, last (but absolutely not least):

Do you know that those “brown people” overseas (Arabs) that average Americans don’t care about the death of are humans too? Do you know that every human around the world is just as much a human and just as valuable as you? 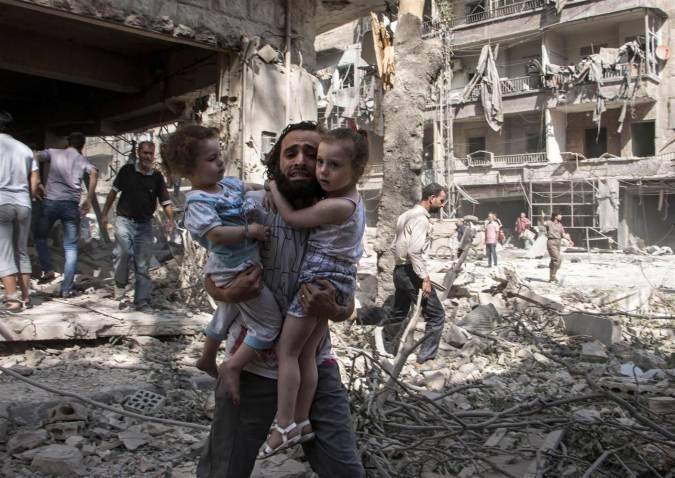 It is time, America, to cast off your arrogance evidenced by this lie-based vibe that American lives are somehow more valuable than any other lives. No, you are not a superior or different breed of human; you are humans just like everyone else.

You are valuable beyond all measure–and so are “the rest of them.”

Think and Act For Yourself

Remove your compliance from the globalists and this evil US government. Stop complying and stop supporting. Awaken. Speak. Appeal to your human spirit and your fellow man. It is time for a revolution of the mind and of noncompliance. It is time you start representing yourselves as individuals of conviction in this world and stop allowing others and organizations and governments to represent you.

Oh, and to all perpetrators of the new world order and 9/11 and worldwide military invasion:

We will, indeed, never forget. We will never forget your crimes and that you are responsible.

VIDEO: ✈️ WAIT FOR IT: The Annual 9/11 Emotionfest That Solves Absolutely Nothing and Propels More US Invasions and Globalist Genocide (Watch Here)

VIDEO: 💡An Appeal from My Voice of Reason to Yours (Watch Here)

INFOGRAPHIC: 💡9/11 Was an Inside, Globalist Operation Because Physics (View Here)