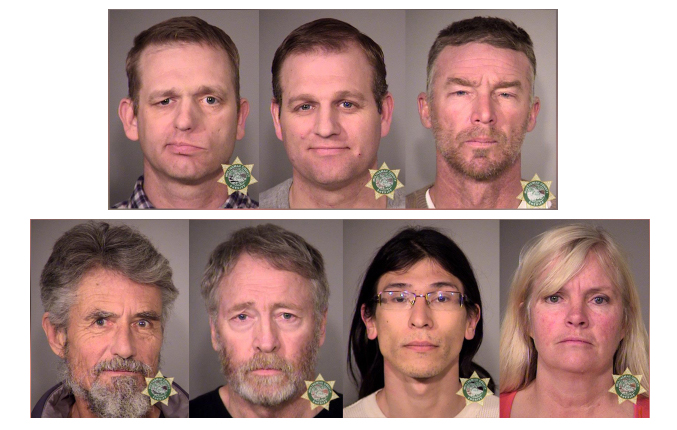 I love reporting when humanity takes a blow at tyranny, and this is wonderful, positive news.

In April, 2014, I covered, live, the Bundy Ranch standoff in Bunkerville, Nevada, where the BLM stole the cattle of rancher, Cliven Bundy, killed some of them, and assaulted and Tazed people in attempt to steal Cliven’s valuable land. The people rallied together, some armed, and ran the scared BLM off of the land in a stunning and exhilarating defeat to tyranny.

In January, 2016, I covered, live, the peaceful, armed retrieval of the Malheur Wildlife Refuge in Burns, Oregon, where many armed and peaceful (apparent) militia took over land stolen by the federal government.

To be clear: I hold suspicion that the Malheur occupation was a setup of genuine people given…

Progress! A trial took place on Thursday, October 27, and multiple occupants from the Malheur retrieval were charged not guilty by jury. Keep in mind, this was the jury that found these folks not guilty, not the system–a rare override of the will of the feds.

I am so proud of this jury for overriding the system!

The full list of the seven individuals found not guilty (shown in order below from top-right to bottom-left) include:

The outrageous part is how long it has taken for these people to have a trial. The glorious news is that justice prevailed at the hands of thinking people and overrode the federal government.

A claim by Marcus Mumford, attorney of Ammon Bundy (video below), is that upon the not-guilty verdict being announced, judge Brown stated that the accused were free to go–unless the federal marshals (who had no business being involved in this case unless they were on trial) had anything to say about that.

When Marcus questioned their fake authority by requesting the marshals provide proof of their “authority” to continue holding the Bundys, they surrounded him, took hold of him, accused him of resisting, then tackled and Tazed him. He was then arrested (since released) and charged with disorderly conduct and resisting “lawful order.”

Here is video of his testimony:

Boy, talk about spoiled, bitter brats! This is the common reaction of tyrannical thugs when they are defied and don’t get their control-grabbing way.

The Bundys, including Ammon, Ryan, and Cliven, are still in custody as well as, to our knowledge, two other sons of Cliven, David and Melvin Bundy. They, among others, are apparently being held until a trial in February, 2017, for the 2014 Bundy Ranch defense against the criminal Bureau of Land Management. And who knows how long their detention will be drug out during and, perhaps, after that trial.

What of Final Occupants, Sean and Sandy Anderson?

On 02/11/2016, the final four occupants of the Malheur refuge turned themselves in to the enemy FBI. This included Sean and Sandy Anderson (shown at right), Jeff Banta, and David Fry. As they were cornered by the FBI, they were coaxed via phone by politician Michele Fiore (who was apparently with Franklin Graham, a police-state-promoting fraud) to lay down their guns and turn themselves in, which they eventually agreed to do the next morning. A full near-five-hour recording of that call can be heard here.

During that call, Michele Fiore promised that these individuals would not be forgotten in prison. Seven were found not-guilty, including two of the last four (Jeff Banta and David Fry), yet why has there been barely a peep about the fate of Sean and Sandy Anderson? Why are they apparently being made to wait until a full year after their arrest to even have a trial? This is, at minimum, inhumane and ludicrous.

What of Cliven Bundy?

Cliven Bundy was kidnapped upon landing in Oregon to visit his imprisoned sons on 02/10/2016. This kidnapping was not related to the Malheur situation but was a setup by
the still-bitter feds over the 2014 Bundy Ranch standoff. 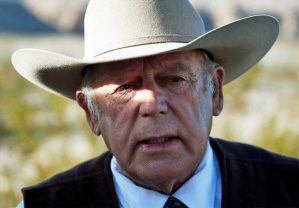 The rumored potential sentence(s) being floated around that would keep Cliven behind bars for the rest of his life for defending his own property are unacceptable and outrageous to the highest degree. And the same question applies here: why is he being made to wait a full year for a trial? These people are losing parts of their life in the most-horrific type of location, a slave prison cell.

What of the Other Bundy-Related Arrests?

Obviously arrogantly emboldened by their big-time-scores in the kidnapping of key political enemies, the feds executed a waft of arrests related to both the Malheur occupation and the Bundy Ranch Standoff.

This list may or may not include all arrests made.

Where Was Cliven Going?

Note: We are not drawing a conclusion here, but posing a question.

The idea has been floated that Cliven Bundy may have been headed to the refuge to help deescalate and perhaps convince the final occupants to leave in order to have their lives spared. It has also been suggested that perhaps Michele Fiore, who was running for political office at the time, sabotaged Cliven’s efforts to score political points. What do you think? Did she do this, perhaps, to score political and PR points and/or seek to prevent Cliven from getting the positive press of helping end the Malheur standoff? Again, this is a question only.

Either way, it is wonderful to see humans overriding federal power–at the fact that the feds responded like spoiled brats who just had their toy taken away, well–that is typically good sign of a win for humanity.

For a continuously-updated timeline of the Malheur Wildlife Refuge retrieval, bookmark The Burns Chronicles.

VIDEO: Nothing Stops People Willing to Die for Liberty